The content in this post describes a method by which an attacker could persist administrative access to Active Directory after having Domain Admin level rights for 5 minutes.

I presented on this AD persistence method at DerbyCon (2015).

AdminSDHolder is an object located in the System Partition in Active Directory (cn=adminsdholder,cn=system,dc=domain,dc=com) and is used as a security template for objects that are members of certain privileged groups. Objects in these groups are enumerated and any objects with security descriptors that don’t match the AdminSDHolder ACL are flagged for updating. The Security Descriptor propagator (SDProp) process runs every 60 minutes on the PDC Emulator and re-stamps the object Access Control List (ACL) with the security permissions set on the AdminSDHolder.

Objects protected by AdminSDHolder have the attribute “AdminCount” set to 1 and security inheritance is disabled.

Note that when an object is removed from one of the protected groups, AdminCount is not set to another value. This is due to early feedback when Windows 2000 was released.

The AdminSDHolder object permissions are used as an ACL template for domain privileged groups. 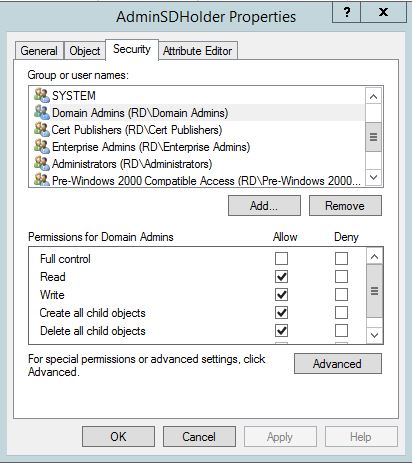 Around 60 minutes later, the PDC Emulator runs and the account now has full control on the Domain Admins group.

The new Windows 2008 R2 RunProtectAdminGroupsTask-based mechanism provides a more efficient mechanism to enforce AdminSDHolder application. Under the hood, the older FixUpInheritance-based mechanism doesn’t really kick off the AdminSDHolder process—it starts the Security Descriptor Propagator Update (SDProp) process. SDProp has the same effect on the ACLs of critical security groups and accounts but takes much longer to complete. SDProp is the background AD process that propagates changes of inheritable ACEs on parent objects to their child objects. It’s automatically triggered when an object’s ACL is modified or when an object is moved. SDProp affects all AD child objects’ ACLs and not only the ACLs of critical AD security groups and accounts and will thus consume much more DC processing time.
SDProp Reference on WindowsITPro.com

Manual triggering of the SDProp process

FixUpInheritance (prior to Windows 2008 R2): 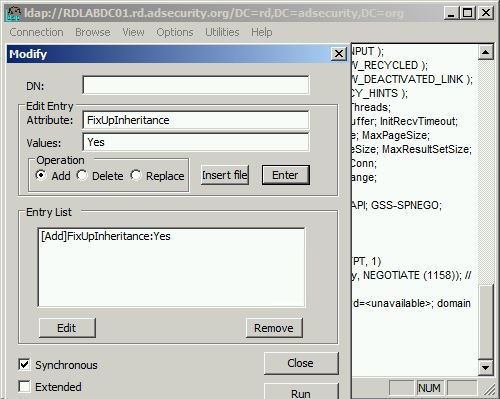 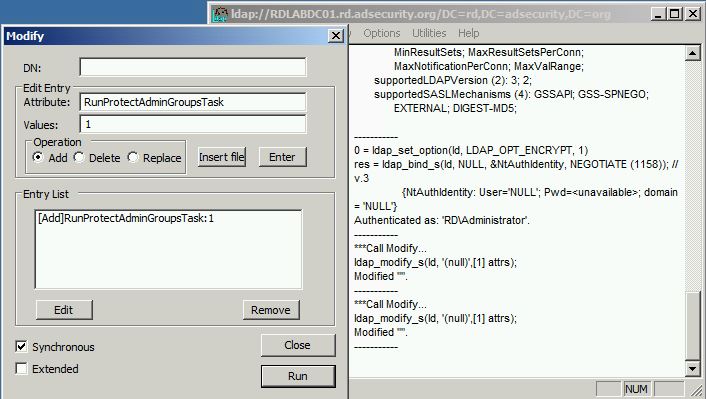 Add the account or group to the AdminSDHolder object permissions granting either Full Control or Modify rights.
The user “Bobafett” is added in this example. 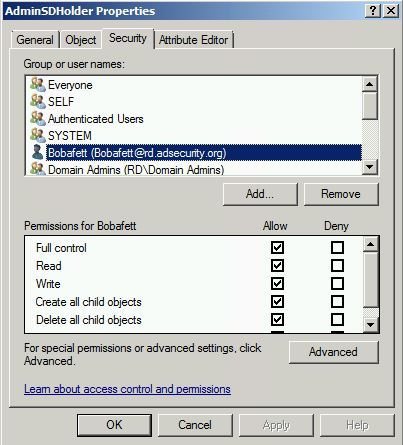 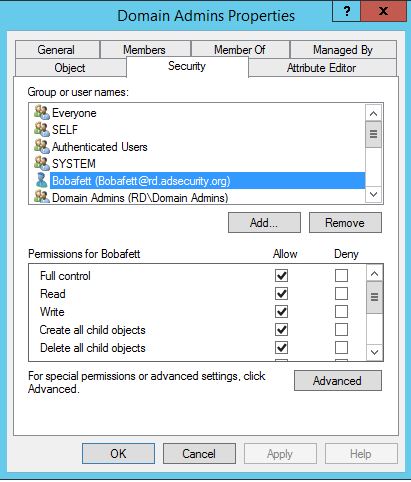 Note that the user account Bobafett has no group membership.

Despite not being a member of any groups, this account can now modify the group membership of Domain Admins. 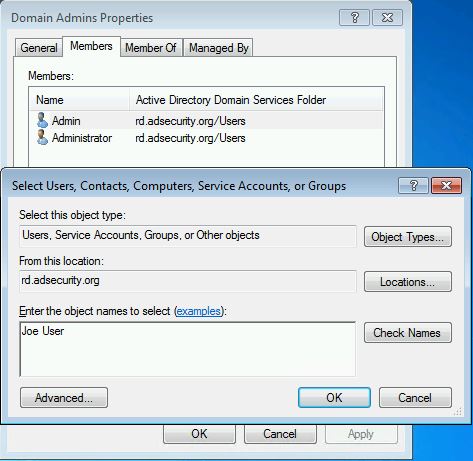 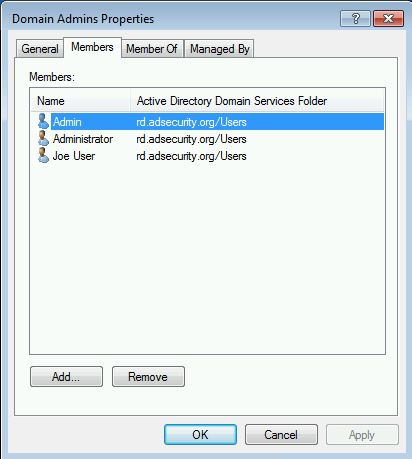 AdminSDHolder is a sneaky method for an attacker to persist granting the ability to modify the most privileged groups in Active Directory by leveraging a key security component. Even if the permissions are changed on a protected group or user, SDProp will change the securtiy permissions to match that of the AdminSDHolder object.