Dell SecureWorks posted about the Skeleton Key malware discovered at a customer site.

The Skeleton Key malware is installed on one or multiple Domain Controllers running a supported 64bit OS.
The malware “patches” the security system enabling a new master password to be accepted for any domain user, including admins.

This enables the attacker to logon as any user they want with the master password (skeleton key) configured in the malware.
“Joe User” logs in using his usual password with no changes to his account.  The attacker can log in as Joe using the skeleton key password and it is seen as a valid logon…

Skeleton Key performs the following steps to patch each function:

While this issue was recently published, based on file data, it is likely it has been around for a while. 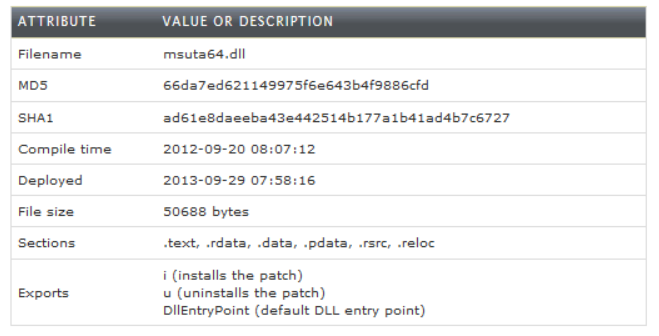 Read more about the Skeleton Key malware on the Dell SecureWorks CTU site. 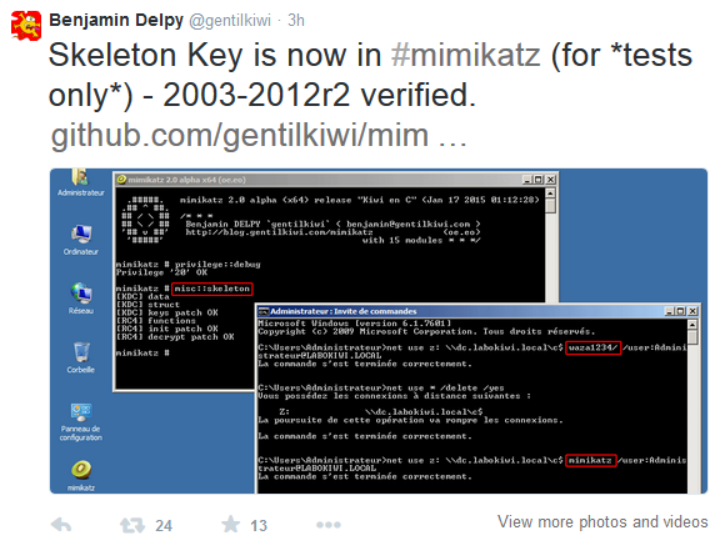 Mimikatz can now inject a skeleton key into LSASS on the Domain Controller by running the following command on the DC: